With a catalogue of history and a worldwide fan base, Lasgo is still a force to be reckoned with! A DJ set from Lasgo, hosted by Lasgo's founder, inspirer & driving force Peter Luts, consists of a series of the best 00's hits, incl. the biggest Lasgo-hits Something, Alone, Pray, Surrender, …

No matter the venue, this set fascinates every audience and guarantees a full blown, electrifying party!

Originally formed in 2000, Lasgo soared their way through the charts across their home country Belgium and throughout Europe, USA, Asia, Australia driving arenas wild and attending countless TV/radio shows. After instant international success with their hit single ‘Something’, Lasgo shot to the top and became nothing less than great with now several chart toppers under the belt.

Lasgo sold more than five million copies of their albums Some Things, Far Away and Smile, and after racking up 2 WMC Awards, a TMF Award, a Smash Hits Award (UK) and a BMI Award (USA), they performed all over Europe, as well as the US, Brazil, Canada, Australia and Asia with fully-booked summers running for years. 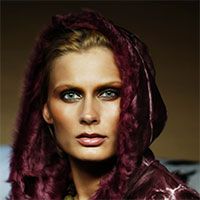